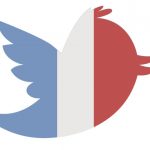 We have no reason to believe that "fake news" on social media has determined the outcome of the first round of the French presidential elections. Actually, we do not even know how to measure the impact on real voting behavior. The rhetoric imposed by mainstream media since Donald Trump's victory in the United States continues. We are in the presence of an alarming, emergency situation to be tackled immediately, with every means.

It does not matter that the expression "fake news" does not mean anything anymore, after six months of a suffocating debate about something which is unclear. By mixing hate, lies, propaganda, threats, extremism and any political content which falls into the other universal semantic term of our time, "populism," Ettore Rosato, the Democratic Party leader at the Italian Chamber of Deputies, uses it as synonymous of "contradiction" in a criticism, expressed in the daily la Repubblica, of the work made by the Five Star Movement.

Fueling the debate is what matters in the dominant media rhetoric. This is the reason why Facebook removed, after endless criticism, 30,000 false-news producing profiles - the social network has wisely stopped calling them "fake" - without generating a clear and fundamental question: what criteria were followed? Are we sure there were not legitimate profiles and content among the removed ones? And, above all, what is this for? Against such a supposed emergency, is everything worth it, including repressive collateral damage?

After having seen how a recent study - conducted by Philip Howard, a professor at Oxford, who has long been involved in understanding propaganda through bots, which he defines "computational" - has been welcomed and described, there is no better way of understanding the media approach - and the depth of the prejudice that afflicts them.

Through the reading of the headlines, the paper seems to sound the alarm: the French were "bombarded" by fake news, as written by The Next Web. It is a flood, something that runs over, expels and raises the minds of voters, Fortune and the Washington Times added.

The situation is - again - serious, very serious, to the point that NBC asks: "Could fake news alter the outcome of the French election?" There were no answers, of course. It's the clicking to count for "reliable" and "professional" sources of news, isn't it?

The reading of the paper of Howard and his colleagues, however (starting the anticipation provided by Reuters), raises one question: "French voters are being deluged with false stories on social media," as the news begins, "though" - here is the point - "the onslaught of junk news is not as severe as that during last year's US presidential campaign."

It seems not to be as serious but, however, it is a deluge. In Howard's paper something else emerges.

First of all, it is necessary to specify the proportions of the studied object. There is no "fake news" on Facebook. For this reason, one of the main objects of contention is lacking. There is no fake news which circulates on any other social network, starting with Reddit, or produced by very active Russian propagandists, already pro-Trump, and now pro-Le Pen.

There is, however, a sample of about 8,900 tweets with hashtags linked to the French elections which contain web addresses. It is a selection obtained by random extractions from a ten times larger one, derived from a total of just under 900 thousand tweets written between 13 March and 19 March. A short time period, for a sample that may not perfectly represent Twitter users' beliefs - not to mention the entire voter population.

The trivial but silent question is: are you sure that Twitter helps to understand the behavior of the electorate, such as its real understanding of the distinction between true and false? In the present case, are you sure that describing Twitter is a good way of describing what is happening on all social networks? Many newspapers have not addressed the problem, treating "social networks" and "socials" as synonymous. Also in this case, the assumption is shaky, if you evaluate how Twitter is marginal in all the surveys about the demographics of social networks users.

Let's consider the Howard method’s validity and that it is helpful not only for studying the behavior of political propaganda bots on a specific social network - which, by the way, is the (apparently modest) purpose of the researchers - but also the trends of the entire electorate.

What does the study say? First of all, it does not tell us - as Reuters writes - that "misinformation at times has accounted for one-quarter of the political links shared on Twitter in France." As Howard himself explains, answering on the social network, that is "the amount of non-professional sources", which are blogs, other non-traditional sources of information and, yes, "junk" also.

Therefore, the main alarmist claim on fake news is fake news. More specifically, the study shows that not only "populists" automate propaganda on social networks, as much of the "liberal" press tends to claim, but also all political, ideological and post-ideological entities, expression of traditional parties or (supposed) post-party innovations. Howard had already affirmed it in an interview to Espresso magazine, and repeats it for the French case. Indeed, "it appears that most of the candidates have roughly the same number of highly automated accounts generating traffic about them."

Beside that, the percentage of political content generated by bots appears to be a very narrow part of the, already narrow, analyzed sample. "On average, 7.2 percent - note the good caution - of the traffic about French politics is generated by the bots we are able to track," the researchers write, before pointing out that in February it was 6,8 percent and, therefore, the approximation of the elections saw a slight increase in automated tweets. Is it possible that so few tweets represent an emergency, a problem to deal with and at all costs? This is another simple question which has not arisen.

.@NBCNews Also, weren't they a HUGE part of the overall traffic?
Should we be *this* scared of 6-7% of tweets? pic.twitter.com/4NgxFLv7ru

Understanding the reason for this silence would eliminate the media publicity campaign of recent months, reducing it to ordinary administration. The media are able to say that "French voters are sharing better quality information than what many U.S. voters shared and almost as much as quality news and information German users share." Without giving the exact numbers it cannot be understood how marginal the phenomenon is.

On the other hand, the study is quite clear in this respect. If for United States, BuzzFeed had been able to say - through a method of which even the author recognized the fallacy - that fake news circulated, in many cases more than actual news, for France Howard and his colleagues affirm quite the contrary. Only 19.6 percent of French policy information shared on Twitter is related to sources that are different than the traditional ones, which are included in almost one tweet on two (46.7 percent).

That is not all. Only 21.3 percent of those tweets, one out of five (maybe this is the misunderstanding by Reuters, not considering the "five") is catalogued as "junk news." Most of the tweets of that category are the result of "content generated by citizens." In other words, it is citizen journalism, it is not a serial production of hoaxes.

It is confirmed that the proportions are much smaller than what alarming media say by a further study recently quoted, without providing details. It is The Role and Impact of Non-Traditional Publishers in the French Election 2017, conveniently summed up in Bakamo's press release as "Alternative news sites could swing French election."

"One in four links shared in France about the country's upcoming presidential elections are from sources that help promote fake news," the press release begins. And yes, there are some Russian sources. Alarm! After the White House, Russians are hacking the Élysée Palace!

The report, however, says: "Established sources of political news are still driving public discourse." There is 25 percent of "alternative" sources, therefore, at risk - another assumption that can easily be put into question: are you sure that the distinction between true and false, or between junk and quality, coincides with the distinction among traditional and alternative media? - but "the vast majority of content shared still comes from sources which accept the legitimacy of traditional media."

There would be one last, very banal (and underestimated) question: as Lawrence Lessig suggests, does the obsession of the media for measurement, for the audience, represent the real problem? Before empowering intermediaries and transforming them into algorithmic sheriffs of the truth - as the Guardian and the New York Times would like to do, as well as the President of the Italian Chamber of Deputies Laura Boldrini - maybe it would be a good idea just thinking about why fake news is produced and, above all, why it is so read, shared, and considered as news.

.@lemondefr Great insights from @lessig (v. Translate): "the measure of audience corrupts the media whose audience is measured" pic.twitter.com/Ukjy4qRzSu

The answer could be uncomfortable. It is not just a matter of literacy, but also - and perhaps above all – of the quality of the media ecosystem in which each of us is immersed.

Preview photo via The Next Web 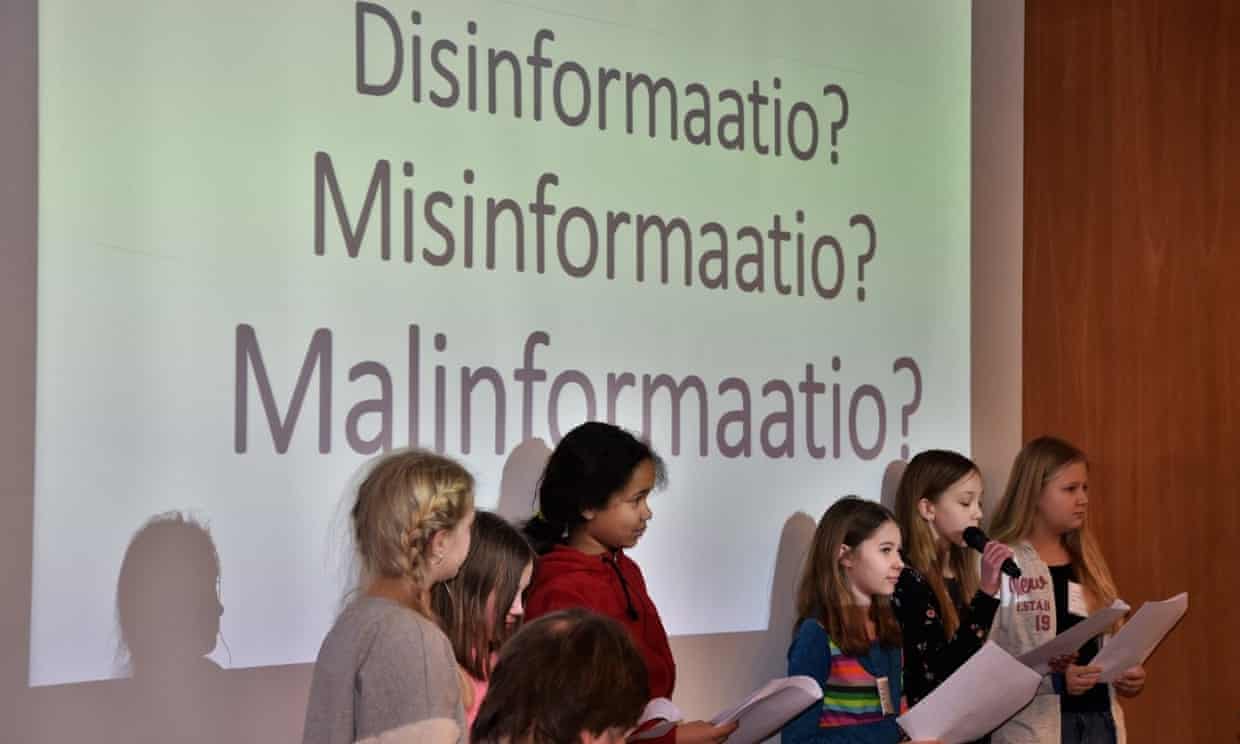