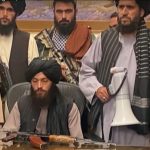 Valigiablu carried the sheets where 154,000 citizens affixed their signature to ask Augusto Minzolini, Tg1 editor-in-chief, a correction about the Mills-affaire. The English lawyer, guilty of corruption because of money mr. Berlusconi gave him to bear false testimony in a criminal trial regarding the Italian prime minister, avoided the prison sentence thanks to the prescription.

It was February, 26: the day after I wrote an open letter addressed to the Journalist Association, to the Rai president, Paolo Garimberti and Tg1 editor-in-chief, Augusto Minzolini, to ask an urgent correction about the wrong news about Mills/Berlusconi-case. I posted what I had written in that letter on my Facebook profile and I created a group titled “La dignità dei giornalisti e il rispetto dei cittadini”(metti link prima di approvare). Thousands of people liked my action and we were able to collect 154,000 signatures within a few days.

This site is dedicated to whom does not use Facebook and social-networks and want to know why the difference between discharge and prescription is decisive from a political point-of-view. We will go on with our cultural battle to have a correct information from mass-media and make Rai free from political parties influence. We will use the language of respect and transparency.